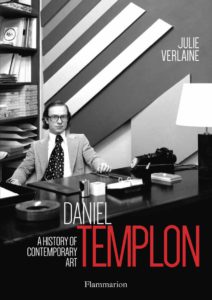 This week’s recommendation is about one of the most emblematic French gallerists, Daniel Templon. A History of Contemporary Art, whom we had the pleasure of hearing as keynote spearker in the last Talking Galleries Barcelona  Symposium . Through Julie Verlaine’s writing, Templon tells us of his 50 years in the gallery profession, while walking us through all the changes the art scene has endured since then. “Daniel Templon opened his gallery in April 1966, when New York and American art made its debut in the world of French art. He became a defender of avant-garde artists and emerging French painters and reinvented the merchant profession. The program of his gallery reflects the profound changes of contemporary art, but also of its artists, critics, merchants and collectors over the last fifty years. This historical survey puts in its artistic, economic and political context the journey of a French art dealer emblematic of his generation, immersed in the heart of artistic creation and privileged witness of the transformations of the world of art. Julie Verlaine’s essay is enriched by the words of Daniel Templon who narrates his encounters with the greatest contemporary artists (Donald Judd and Carl Andre, Andy Warhol and Roy Lichtenstein, Frank Stella and Ellsworth Kelly, Helmut Newton, Jean-Michel Basquiat, Arman, Ben, Daniel Buren, Caesar, Gerard Garouste, Jean-Michel Alberola…) while describing the backstage of the French art scene.” (2016, Flammarion)

To view Daniel Templon’s inspiring talk “What I Have Learned in 50 Years in the Art World” at 2018 Barcelona Symposium, follow this link